All coaches and managers at HWI are volunteers and give hundreds of hours each season both on and off the ice. In order for each season to be fun and successful for all, parents and families need to be involved, offer positive encouragement, and support the coaching staff and players. Sportsmanship starts in the stands and we ask that parents lead by example.

Get involved. It is very important to attend the start of the year team meeting with coaches.

For kids aged 7-8
M9 makes sure that taking early strides in the game is a safe and positive experience, introducing newcomers to basic skills.
In M9 players are classed in groups 1-4 and play against other Minor Hockey Associations in our league (Central Hockey League (CHL)) which includes Lakeshore Hockey, Pierrefonds Hockey, and Hockey Dollard des Ormeaux. Goals for the M9 age category are: Fun, reviewing of basic skills, refining of basic skills.

CLICK HERE for complete U9 and half-ice game information.

M11 and M13 programs can have Classes A-B-C. M15 and higher usually only have A&B Classes. Teams in Divisions M11, M13, M15, and M18 play against other Minor Hockey Associations (MHA) in the CHL.

Junior includes players from the age of 18 up to 21 within the calendar year, with a maximum of 4 players of 21 years old permitted per team. HWI only participates in the A-B Classes given that the AA Class is a Provincial league structure. Junior teams play in the Lac St-Louis regional league vs. other Minor Hockey Associations (MHAs) of the Lac St-Louis territory.

Evaluations take place at the beginning of the season to ensure that players are grouped according to their ability and to ensure that the player is placed in the best possible position for success.

Parents can often feel unproductive during tryouts and assessments, which can lead to anxiety, frustration, and other negative reactions. During the evaluation process, it is crucial that coaches and evaluators are given the opportunity to go through their process and that players are removed from any negativity as much as possible. The role of parents during the evaluation process is to be positive and supportive of the player. This materializes by having good habits, having a good routine before the sessions, and helping the player to understand and decode what is happening when he decompresses or prepares. Examples include enforcing good sleep and rest patterns, providing appropriate nutrition to replenish energy and promote recovery, and helping to manage and reduce the player’s stress and frustration which can lead to decreased performance and increased fatigue. All players want to reach the highest levels and parents often want to support them in this effort. The best way to do this is to reinforce a growth mindset, to be the best you can be at any level, and to keep learning how to improve.

Players, parents and coaches who can make the most of their situation, no matter what, will ultimately have the most fun, learn the most, and have the best experience possible. Ultimately, the enjoyment of the sport and the skills a player can build on and off the ice are the most important outcomes of this process. If the parent can support and amplify these concepts, the player will experience the optimal benefit no matter where they are rated or what team level they are selected for.

What equipment is needed?

Player must have ALL ice hockey equipment
Approved Helmet, gloves, neck guard, shoulder pads, elbow pads, hockey pants, hockey socks, jock, shin pads, skates, practice jersey, jock-strap
(team jersey and socks will be provided later in the season when the teams will be made)
TAKE ME THERE!

Donate at least three (3) non-perishable items to our Community Day Food Drive
on Dec 10 between 11am & 7pm and you’ll be entered to win a 72″ Winnwell hockey net! 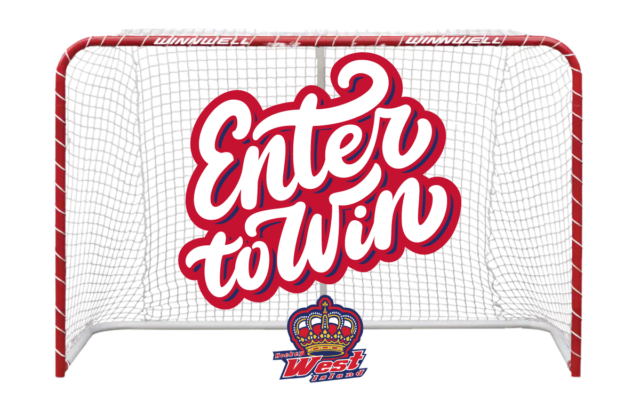